Borromean Resistance is a collaboration between Sarah Scott, Dorothy Lam, and myself. Performance (X+1) continued the work of Piece 1, proposing new models of activism as feedback in complex systems. It was a four-part interactive computing system that probes the intersection of technology, art, and activism. Drawing on the tension between the urgent need for political change called for in movements such as climate activism and the lure of abstraction in art, the installation engages the viewer in challenging questions about representation, efficacy and collective action. Three interactive stations allow the viewer to experience and critique different conceptual models of social and political action. As the fourth element, an open discussion explores the tensions between art and activism, abstraction versus action, futility versus utility, and digital versus analogue interaction. The show was largely inspired by the systems art movement and the work of Hans Haacke.

Inspired by Brancusi’s infamous “Bird In Space”, @birds_without_space represents the 9 most “evolutionarily distinct and globally endangered” avian species in the world due to human-related habitat loss. (You can check out edgeofexistence.org for their complete list of species). The accompanying video piece seeks to explore the banality of such ecological horrors by flattening the traditional sculpture into a 3D render synthesizing some the largest contributors of habitat loss for these birds.

The images and video in the piece are all cropped at 4x5 ratio and rotated 90 degrees which maximizes the amount of space media can take up on Instagram. In choosing Instagram as the platform and framing the piece in this way I hope to provide these birds with the maximum amount of virtual space where they can repopulate symbolically through the sharing of their image. By appropriating the medium of hyper-real renderings most often used in architecture/realty and advertising, I hope to subvert these practices which allow profiting from the exploitation of land.

Using a set of samples I collected from a friend, I created a synth in Ableton which was capable of playing any phoneme in the English language using note velocity and wrote this track with that synth.

This track features a duet with Alessandro Moreschi, the only castrato to ever be recorded, and Radu Marian, a contemporary male soprano who suffers from a hormonal deficiency, singing Ave Maria together.

Tsaik’s production is an interesting mix of self-sampling, sound synthesis, and intense recomposition - a sort of simulated jazz. To complement their rich production techniques and natural feel, I wanted to create a layered world featuring nature, generative organisms, and self-reflective video effects - a sort of simulated Ernst Haeckel. I settled on the use of stock footage of nature (some photographed by tsaik), plant-like L-systems, datamoshing , and 3D models of kaleidoscopes.

I’m personally interested in the speculative realist perspective on virtual realities: how juxtaposing the virtual and the actual can allow us to face the Real and encounter the sublime. With that in mind, I appreciate generative art for its ability to create lifelike artistic organisms through simulation and its relation to the computational sublime.

In this piece I wanted to explore the natural sublime through the works of Ansel Adams in the context of our cultural shift from the actual to the virtual. How does the juxtaposition of actual nature and virtual nature alter your perception of both? I devised a world where residents lived in a virtual world which had chosen a framework of property ownership that did not allow objects to be deleted, and required upkeep to stimulate their manufacturing-based virtual economy. The world soon become littered with objects and poverty just as in actual capitalist societies. As residents become more horrified with the utopia they had chosen, companies were founded to meet the market demand for a return to actual nature. Thus ironically, All Natural VR arose.

This website uses a from-scratch custom Django CMS. The screenshots below are from my test server to protect user privacy. Since March the website has been used to generate $1.5 million in revenue and is used every month by over sixty tutors. Multiple open-source projects were contributed to during the development of the site, which can be seen throughout my Github account. 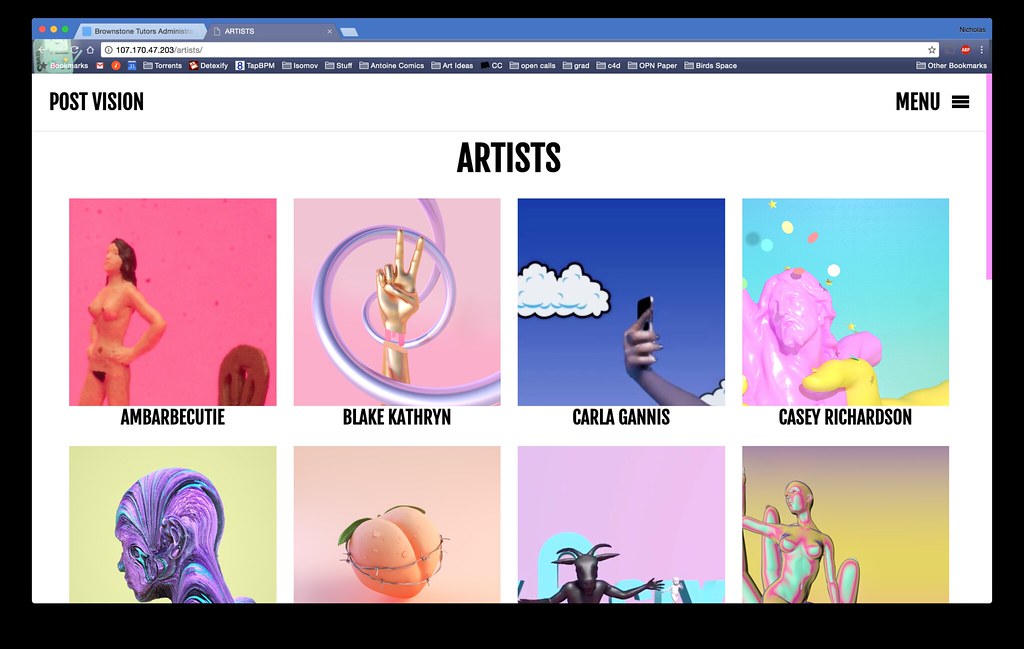 This website uses a customized Django/Wagtail CMS and a from-scratch single-page frontend using Backbone.js, Require.js, and custom video.js styling with designs from Emily Dubovoy. The demo site can be seen here.

These images were created using custom software in C++ utilizing the multi-scale turning algorithms published by Jonathan McCabe. I added modifications to the algorithm to allow coloring and new organic styles of generation.

DIE YUPPIE SCUM and other works, 2016 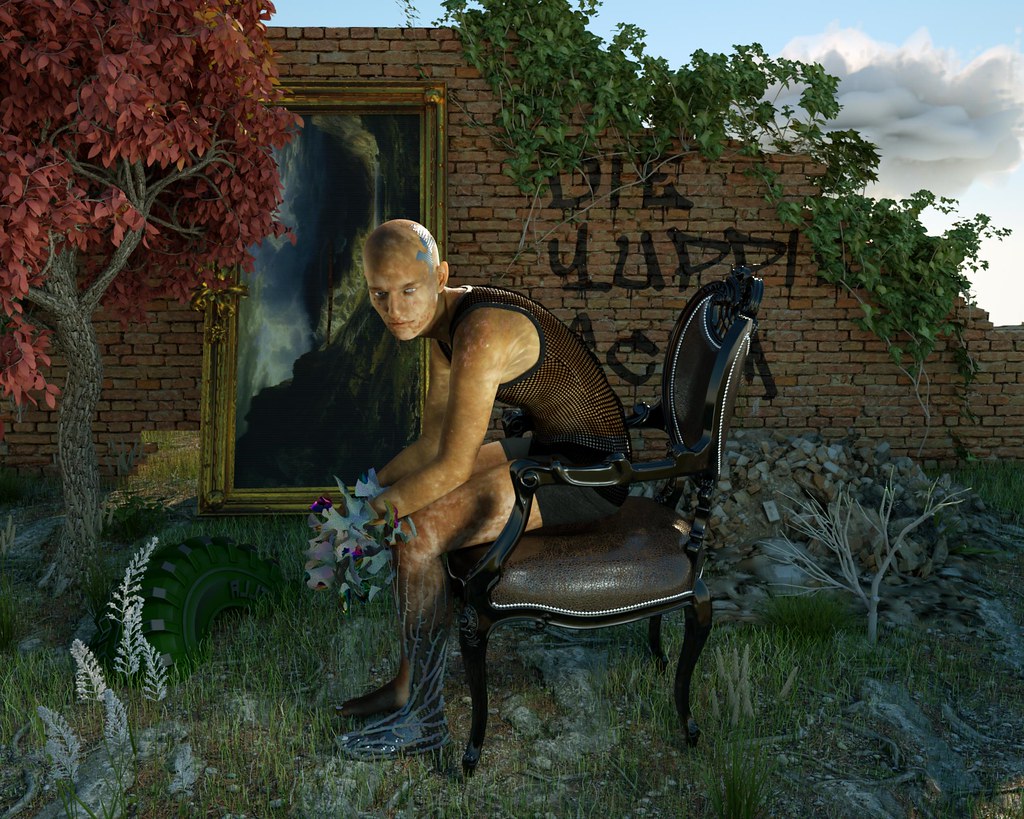 This render synthesizes ideas of gentrification and manifest destiny in relation to the space colonization (foot) and differential growth (hand) algorithms using Houdini, Cinema4D, and Octane Render. I believe generative art and algorithms are a ripe area of expression for exploring the future role of automation technology in society.