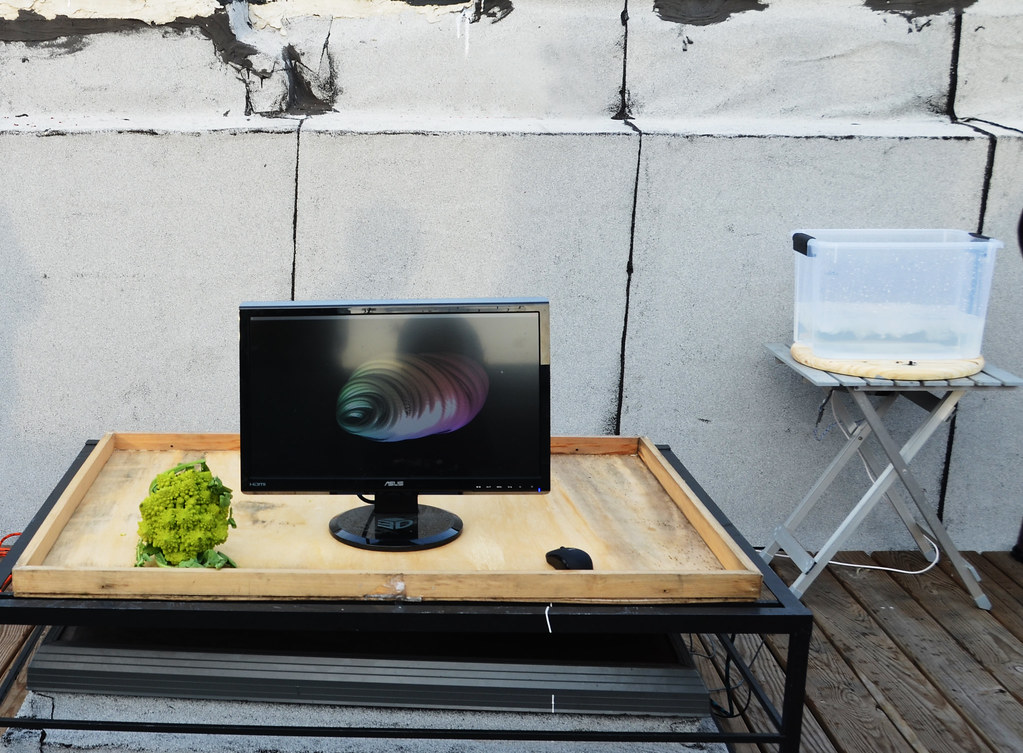 Borromean Resistance is a collaboration between Sarah Scott and myself.

Performance one proposed a simplified model of activism as feedback in a complex system. It was comprised of intermingled performances by the constructors (artists), the physical model, and the activist audience. The system used input from willing participants and the surrounding environmental variables to generate visual forms representative of the success or failure of the given collective aspiration. In most cases, the computer-generated output would reflect elements of both success and failure to mimic the reality of gradual social change. The audience was encouraged to engage in activism by plunging their hands into an interactive ice bucket. Both the number of participants and the commitment of each individual to the collective cause influenced the aesthetic composition of the system.

Electronics inside the bucket recorded each contribution and communicated its duration and intensity to a computer located elsewhere in the physical space. The computer interpreted these input signals and iteratively produce three-dimensional visual forms corresponding to the amplitude and frequency of activist participation. In this way, both the number of participants and the commitment of each participating individual to the collective cause influenced the aesthetic composition of the system’s output.

This piece was performed at Re-imagine Now in New York on November 8th, 2014. In addition to the performace, a paper was developed in order to present the results of the experiment.